The North East Waterways Partnership advises and supports the work of the Canal and River Trust’s (CRT) team in this region. As well as developing the strategy for the waterways in our area, the Partnership raises funds for local projects, takes practical action and builds relationships with organisations and people across the region.

At the Partnership's May 2014 meeting, the Barnsley, Dearne and Dove Canals Trust was given the opportunity to present the findings of the Atkins Feasibility Study into the possible restoration of the Barnsley Canal and the Dearne and Dove Canal to restablish the link between the River Calder and the River Don. The Partnership is currently formulating its Action Plan and its support for our restoration looks as if it could be high on the agenda. The meeting was attended by Tony Hales - Chair of the CRT - who spoke positively about trying to help us in our endeavours. Watch this space!

The Trust has been advised by Wakefield Highways Department that they are seriously looking at replacing the vandalised Clay Royd Bridge carrying a bridleway over the canal, with a similar structure. The other alternative considered was to fill in the canal.

The difficulty is that the western abutment on the canal embankment is slipping in towards the canal, probably because it has lost the support of the demolished arch. The engineers consider that it will be necessary to prop the abutments apart using a steel structure buried in the puddled clay liner of the canal bed. The level of the propping structure will be set such that the water level suggested by our consultants - Atkins - in the feasibility study, will allow the canal to be restored to the specified cross-section. It appears that initially because of mining subsidence this may appear to be on the high side, but final restoration will involve some bank raising. Funding for the work has still to be found, but it is hoped that the pressure generated by the footpath/bridleway lobby and leisure interests will lead to an early start on site.

This is really good news as not only will the canal remain totally unobstructed in the longer term, but it demonstrates once again that the Council are seriously interested in restoration of the canal, which will hopefully be recognised in the forthcoming Local Development Framework plan. This would not be the first work on the canal that the Council have carried out. In the past the Council constructed an isolated section on the restored Walton Colliery site.

Updfate: The bridge was replaced with a similar structure to the damaged one. It may not be a stone arch bridge, but it has been built to a high standard.

The results of the Engineering Feasibility Study into the possible restoration of the canals were officially launched. For more details, see the Restoration page.

The Trust has received a grant from the IWA, which will be used for publicity material.

The Trust has received a generous grant from "Awards for All". The money will  go towards producing publicity material and to purchase  computer  equipment to enable the trust to carry out more professional presentations  at meetings etc.. 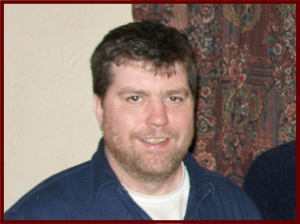 Ian Clayton, writer, broadcaster, storyteller, performer and TV personality, has kindly agreed to become an Honorary Vice President of the Trust. Ian has been a familiar figure on Yorkshire Television for some years,  presenting such programmes as "My Yorkshire" and "Tonight", as well as appearing on various others.